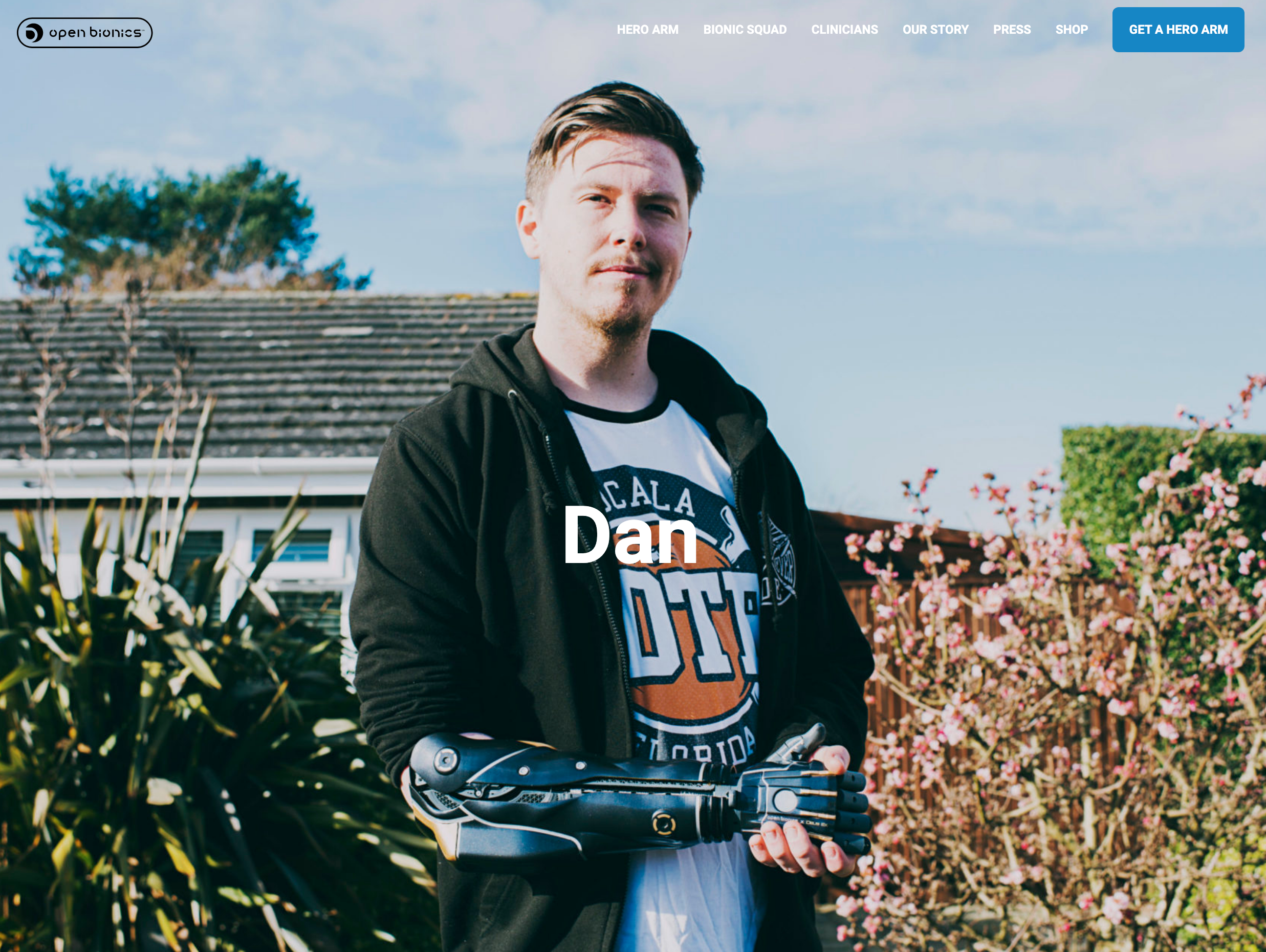 For this blog, we’re catching up with Daniel Melville, owner of 3D printing business ‘Handy Dans’’ and ambassador for Open Bionics, creators of the world’s first medically certified 3D-printed bionic arm, the incredible Hero Arm. Born with only his left arm, Dan’s usage of the Hero Arm has, in his own words, allowed him to “feel damn awesome”, and as a brand ambassador Dan has travelled the world advocating for this amazing technology (oh – and won a Guinness World Record in the process!)

Thanks for taking the time to talk to Voxel Hub, Dan!

Talk us through your first experience of the Hero Arm and how it felt to have such a ground-breaking piece of tech in your life?

To be honest it has never ceased to blow my mind, from day one I felt not only amazed but also incredibly proud that I’m part of something that will benefit the lives of so many people to come. I’ve tested previous arms for Open Bionics before the Hero Arm was released and seeing it go from strength to strength has been astonishing!

You’ve clearly done a remarkable job promoting the Hero Arm; how much of its appeal is based on the positive impact the arm has on body image, and consequently its users’ mental health?

Growing up I never really thought about it, but I spent a lot of my time dropping my shoulder down so that I could hide my limb difference in the pocket of my jeans. At the time available prosthetics has a static mannequin style to them which made me feel uncomfortable and almost ashamed to be missing a hand, like it made me less than human. So, I chose not to wear one because it was easier to hide my difference than be gawked at by strangers. The Hero Arm isn’t like that. When I wear the Hero Arm people stare in awe and amazement rather than with eyes filled with pity. My confidence has grown, and I am proud of my uniqueness and diversity.

More broadly, how do you feel tech can support positive body image and wellbeing?

I feel that, as time has passed, prosthetics have become more customisable. The fact that someone with a limb difference can change the way a prosthetics looks to fit with their own style and personal fashion choices is opening new doors for self-expression. In a world were diversity is celebrated rather than shunned, why look like everyone else when you can be yourself.

Open Bionics were clearly born out of a need, and celebrate disabilities as superpowers. What lessons do you think other tech start-ups can learn from its journey and growth?

What I would say to any new tech starts-ups would be: Take time to network. I think it is one of the most important things Open Bionics does to ensure its success.

It can be daunting going out, shaking hands and telling people about what your business idea is, but it’s important to acquaint yourself with people who share your beliefs. It takes time to build strong connections but doing so will increase the chances of your business longevity.

Tell us about your Guinness World Record success!

I’d say that the success was more for Open Bionics and Deus Ex than me. I was merely the lucky son of a gun that had the opportunity to wear the arm and be asked to hold the record. It will always something I’m proud of but I know how much work went into the arm’s design and production. So, to be honest I don’t feel like I can take credit for it when there were so many talented people working on it behind the scenes that deserve recognition for the work they put into it.

How did your work with Open Bionics lead you into 3D printing?

Growing up I’d always been fascinated with new technologies and over the years I learnt how to navigate and use a fair few design programs but I never knew where I wanted to go with it, that was until I saw my first 3D printer. It was at the Open Bionics Lab at Bristol University. I was completely mesmerised as the foreign technology swiftly printed layers that would grow into the components to make a hand. As I was introduced to members of the Open Bionics team, I couldn’t help but think of the 3D Printer and all the possibilities it could hold. It made me excited to think there was something out there that I felt so passionate about, and after years of working in retail I felt like I had found my creative outlet and chance for a new start.

Has the process of leading your own start-up supported your own wellbeing – what have been the biggest successes and challenges along the way?

I feel that one of my biggest successes was working with Sony Music Productions, I was contracted to design and produce a 3D model of the Black Flame Sigil that was to be used in a music video. It was a challenging project but because I managed to get it accomplished within the limited timeframe it left me feeling proud and more confident in my own abilities.

Another big success happened last year. I had began repurposing my 3D Print waste materials into household items and My partner and I had built a huge stock of coasters in preparation for two upcoming Christmas markets. It had taken us a few weeks to get the coaster all ready but we felt that we had enough stock prepped that there would be enough for both markets. We were wrong. Within the first 3 hours all our coasters had all sold out. We could not believe it. We just kept looking at each other trying to work out if we would have time to make more (we tried but sadly we could not). Having an item that we had made with our own 3 hands completely sell out before our eyes was and unforgettable experience and ended up being a pivotal moment for Handy Dan’s.

As for challenges, there were many. Machines misbehaving, working out what I was worth and what my service meant to people. I think one of the big ones was having to leave 3DHubs. It was a platform that I used when I first started my business, it was a great way of finding clients but after a year of being on there the platform decided they wanted to keep the larger business that were fulfilling a vast number of orders and I didn’t meet the threshold. It was a huge blow and it left me feeling uncertain, I didn’t know if I would be able to pull in enough work on my own to continue being a financially secure business.

What are some of the most weird and wonderful 3D prints you’ve made for customers so far?

I feel that students always come up with the weirdest designs, one that always sticks in my mind was ‘Waffle Pinocchio’. It was coming to the end of the winter term and a student reached out to me because she needed to get the final piece 3D Printed for her end of year show.

There was an extremely limited timeframe as unfortunately she’d left it a little late in the game to get it produced. So I had to split what I can only describe a classic Pinocchio boys’ body into parts to print him on my separate machines. His head was featureless giant round classic American style waffle.

To help her out as I knew she was limited on the amount of time she had I put the waffle boy together for her and dropped it to her. We met up halfway between my home and her university. Slough.

When I asked what she was going to do with her creation, she explained that she intended to pour melted butter and syrup all over it. I don’t think I’ll ever forget that one.

What kind of product/s do you aspire to create with your 3D printing?

I think if you’d asked me this a few years ago I would have said something about continuing to create funky unique creations and custom prototypes for clients. But now I think I see myself using 3D Printing in the process of creating silicone moulds and continuing to work on recycling and repurposing 3D Print plastic waste.

I’m trying to be more eco-conscious these days and I feel that I’ve reached a point in my business journey and there’s a fork in the road. I can either stick solely with 3D Printing or I can begin moving towards something new. 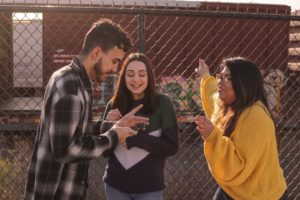 Social Dilemma – resources to consider before watching the movie 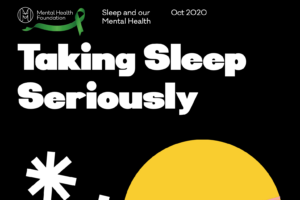 New report on the importance of sleep! 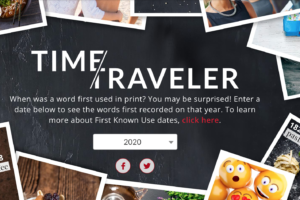